Sabiha Basrai, she/her, Art Director: A graduate of the Art and Design program at Cal Poly San Luis Obispo, Sabiha focused her academic career on the history of anti-war poster art and visual strategies for social justice organizing. She is Co-Coordinator of the Alliance of South Asians Taking Action where she works with racial justice organizers to fight against Islamophobia. Sabiha is also a member of the Center for Political Education’s Advisory Board and a part-time faculty member in the University of San Francisco’s Department of Art & Architecture. Josh Warren-White, he/him, Graphic Designer: Josh is a long-time social justice organizer and graphic designer. Prior to Design Action, he freelanced as a designer for social justice organizations across the US. Josh has also worked as a community organizer, dedicated to economic and racial justice issues. He has served as staff at Just Cause Oakland, the Catalyst Project, AK Press, and has a BA in Political Science and Community Organizing. Sarah Reilly, she/her, Web Developer: Sarah is a graduate of Miami University and studied multimedia design at SF State. Prior to development she was a video documentarian and has worked on films chronicling social movements and issues of environmental justice. Sarah is an member of Eastlake United for Justice Andrea Salazar, she/her, Web Developer: Andrea earned a degree in Computer Systems Engineering from Universidad Tecnologica de Pereira in Colombia. Prior to joining Design Action, she worked as a freelance web developer for six years — specializing in database and open source content management systems. She is committed to the social justice movement and is passionate about issues of immigrant rights. Andrea is also excited to connect with and support other women of color programmers and developers. Victoria Yu, she/her, Operations Coordinator: Victoria is Design Action’s first ever Ops Coordinator and does a bit of everything, which fits her varied background of writing, design, admin, and teaching work. She spends much of her free time organizing to promote participatory budgeting in Oakland with the Community Democracy Project. The rest of her time is spent  reading and writing speculative fiction to put her MFA from Temple University to good use.

Riley, they/them, Graphic Designer: Riley has worked professionally as a graphic designer and illustrator for a broad range of nonprofit and social justice organizations for the past 7 years. Born and raised in Berkeley, California, they hold an Associate’s Degree in Graphic Design and Illustration from Salt Lake Community College. Riley’s organizing work is currently focused on police and prison abolition, and they are especially interested in fighting against injustices related to the intersections of incarceration and gender. They are passionate about using art as a tool to fight against white supremacy, capitalism, and cis-hetero-patriarchy; and about autonomous organizing to support collective liberation in all its forms. Joy Liu-Trujillo, she/her, Graphic Designer: Over the past 20 years Joy has collaborated with creatives, local small businesses, and organizations dedicated to social justice as a designer for both print and web. Prior to Design Action, she worked as a cook, baker and bartender; served as interim creative director of Hyphen magazine; and helped resurrect the Womanist Journal at Mills College where she created a degree called Women of Color Studies in Art & Cultural Resistance. Miguel Valencia, they/them, Web Developer: A fan of the enneagram and a type 9 to boot. Wants to build technology that is accessible and meaningful. Admires the thinking of Abolitionists and Disability Justice organizers. Dreams of a world where power is shared and everyone is cared for. Dismantle, Change, Build. 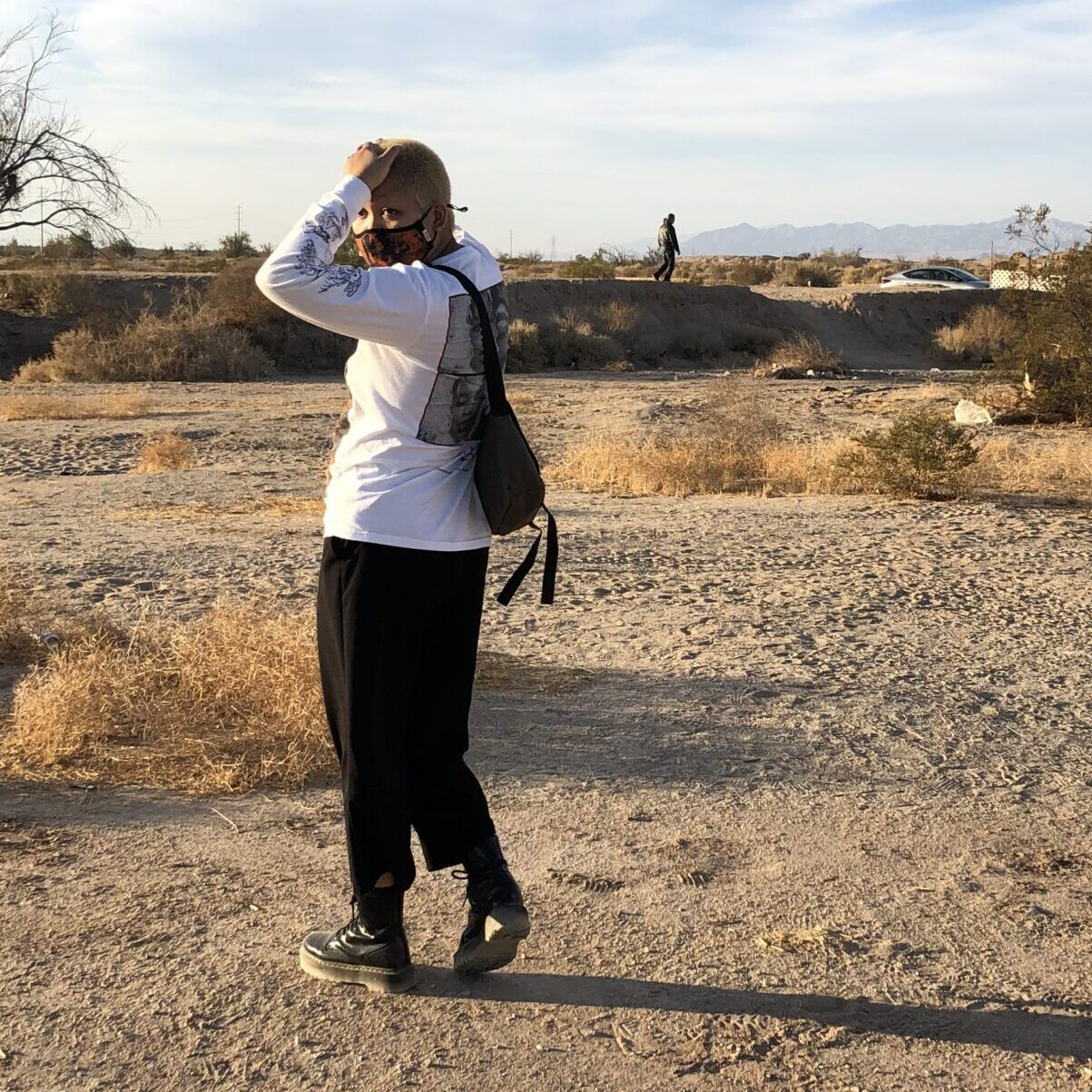 Frankie Ortanez, they/them, Project Manager: Born and raised in the Bay Area, Frankie graduated from UC Santa Cruz with a Bachelor of Arts in Film + Digital Media. Frankies organizing work is currently focused on amplifying the calls to action of indigenous communities in Southern Philippines in their struggle to reclaim their ancestral lands. They organize with the intention of bridging those struggles locally through their experience with Bay Area-based prison abolition and anti-deportation organizing work as they firmly believe all struggles are intertwined. They are passionate about collective liberation and the return of land to its original stewards; they are most influenced by indigenous landback movements and the Black Radical tradition; and they believe in transformative justice as a tool for both community healing and building in opposition to the prison industrial complex. In their spare time, they are an amateur powerlifter and a not-so-amatuer home cook. Or maybe, the other way around. Myrna Rosales, they/them, Visual Designer: For several years, Myrna has honed in on visual communications to share integral narratives about social-based issue areas and cultural movements. Their innate passion for design is connected to an empathetic recognition – from an early age – that some people have access to essential resources and a sense of well-being while others problematically do not. This duality is the foundation for Myrna’s work: celebrating and energizing community through applied art while creating resources and visibility to radical social justice, sustainable and equitable systems, and combat ingrained cultural modes and industry white-washing. A natural storyteller and forever student, they approach innovative and contemporary design to nurture and grow community and contribute to the liberation and fulfillment of people’s humanity.

Río,  they/them, Web Developer: Based in Chicago, Río has been coding for labor for almost 9 years in the non-profit and education sectors. They identify as a nonbinary migrant from mexico city by way of the southern US. Their organizing background has been mainly around immigration, incarceration, homelessness, trans, and queer issues, from a POC working class lens. When they’re not coding, they love to make art and connecting with other Chicago artists also interested in art rooted in movement work and liberation. Passionate about community-led organizing that co-creates more queer, caring, transformative, autonomous, decolonial, abolitionist futures Jason, they/them, Production Designer: Jason is a queer and trans artist descended from Guangzhou, ruled by Scorpio, and living on traditional Ohlone land in San Francisco. In previous lives, they’ve worked behind cameras, inside a kitchen, and around sculptures and paintings. When they’re not clocked in, they organize towards PIC abolition and collective liberation. At the end of the day, they’re just grateful to share a bed with their partner and puppy.