Since 2015 Design Action Collective has been supporting Third World Resistance (TWR), a network of thirteen grassroots, anti-imperialist, Bay Area-based organizations. TWR was initially formed in solidarity with local organizers reclaiming MLK’s legacy of militant internationalism by linking third-world struggle with black resistance. As a resource member ally of TWR, Design Action has been assisting with designing and constructing banners, signs, and other campaign materials for various actions for the past four years. We continued to do so this year for the Reclaim MLK March. 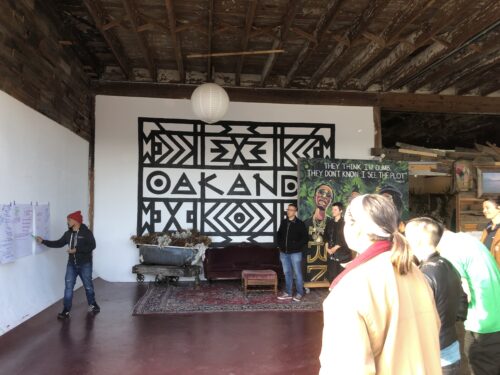 Participants of Visions of Resistance also experienced what it was like to collectively produce messaging for a banner. We silk screened patches and stenciled placards which were later used at the Reclaim MLK March. The course became truly collaborative, evocative of Freedom School sessions where participants enriched the sessions with their own lessons from organizing and art practice. 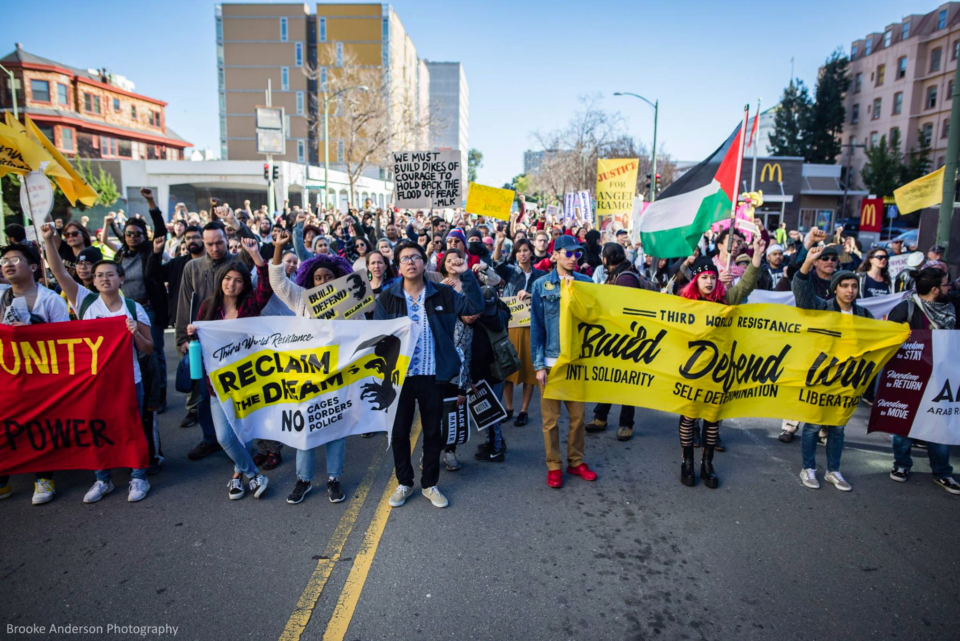