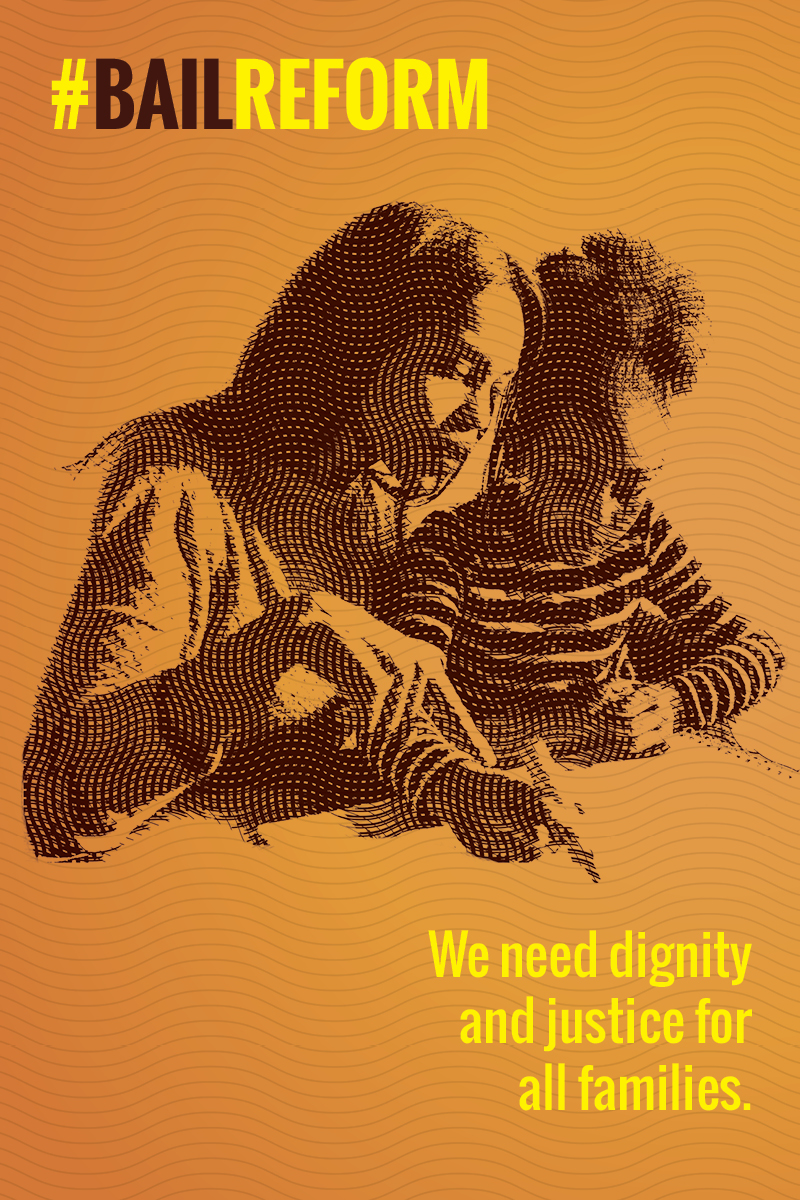 For almost 100 years, the ACLU has worked to defend and preserve the individual rights and liberties guaranteed by the Constitution and laws of the United States. These social media shareable invitations were created for their campaign to end money bail, one of the most corrupt and broken parts of the U.S. (in)justice system. This wealth-based incarceration disproportionately punishes and targets Black people and other people of color as well as people from economically disadvantaged communities. Close to half a million people are in jail today awaiting trial, many of them incarcerated because they are too poor to afford cash bail. The time has come to abolish this system.

This digital invitation suite included formats suitable for multiple social media platforms. The texture of these photo illustrations is reminiscent of the pattern on printed money.