For some of you who have worked with Design Action from the early days, our shop has always been synonymous with Nadia Khastagir. Nadia has been with Design Action since the beginning. She doesn’t usually list herself as a “founding member” only in that she wasn’t one of the folks who left Inkworks to start DA. But she was the third member that allowed us to officially incorporate as a worker coop in 2004—so she has been with us since the beginning. She has been with us when we were just a few freelancers renting desk space in the Ruckus Society mezzanine. She lugged computers up those steep, narrow stairs when we moved to our first Franklin Street office. She worked amidst plastic tarping when that (third floor) office flooded. She laid flooring and built the walls of our current Franklin Street office. Which also flooded this year. Which is all to say, she’s been here for it all—sunshine and storm. 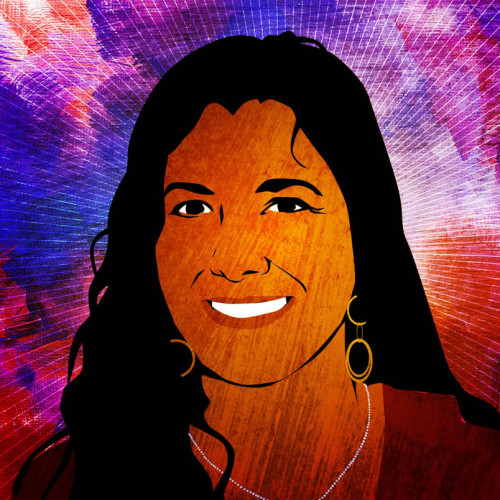 Needless to say, Nadia has been instrumental in shaping who we are today, the relationships we have with each other, and the Movement that we serve. As Design Action continues to grow and evolve, weathering 15 years in the battle for Hearts and Minds and preparing for the struggles ahead, we have Nadia to thank. One of the legacies of her leadership is that she can step away with the confidence that she is leaving the collective on solid ground.

In the 15 years that Nadia has been at Design Action, her role has continued to evolve and expand. She sometimes is a graphic designer, intake and estimator, department coordinator, and increasingly she has been focusing on messaging, and communication and narrative strategy. These are areas we have wanted to be more engaged in from the beginning, but have struggled to incorporate into our services. Some years ago, Nadia took on that project, learning the tools created by our friends and co-conspirators, the Center for Story-Based Strategy. She went on to become a trainer for them, and finally decided to take the leap to working with them full-time.

At Design Action we see this as synergistic with our own longstanding goals. With Nadia at CSS we are gaining the opportunity for a deeper relationship with fellow travellers. We are excited to see how this can translate into the birthing of new and robust visual communications tools for the Movement. And we of course, wish Nadia nothing but the best on her journeys.

p.s. For those of you wanting to celebrate Nadia, we will be doing that at our 15 year Anniversary Party in Oakland on January 30. More info on that to come, but please mark your calendars now!