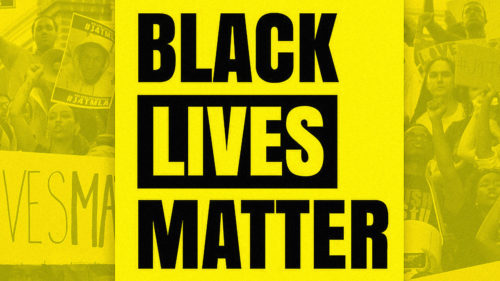 A social movement is not a corporation. Do the same branding rules apply?

Black Lives Matter is one of the most widespread social justice movements of this decade—and it has galvanized its followers with a powerful visual identity and branding.

Yet, since Black Lives Matter is a movement and not a brand, there’s no obvious way to control how its symbols are used, or by whom. The Black Lives Matter logo and hashtag have been appropriated by outside interests, ranging from corporations to ideologically opposed protest groups like All Lives Matter and Blue Lives Matter. Even other factions within the broader Black Lives Matter movement that share the founding organization’s core philosophy may use its graphics and language, even if their missions run contrary.

Alicia Garza—a cofounder of the Black Lives Matter organization and cocreator of the hashtag with Patrisse Cullors and Opal Tometi—has been grappling with these problems, along with the role of branding in her mission and the broader social justice movement around race in America.

“What’s rattling around in my head is that I think it’s an open question for our movement,” Garza says of branding at activist organizations. “Because we’re not building businesses who depend on brands for recognition so they can make money, I think a lot of [organizers] don’t pay attention to the salience of what it means to have a symbol people can recognize you by, and maybe some of us misunderstand [branding].”

DESIGN THAT FUELED A MOVEMENT

Visual emblems are the fuel of social justice movements. In the 1960s, the Berkeley Political Poster Workshop’s silk-screen signs spread the antiwar movement. In the ’70s, artist and AIGA medalist Emory Douglas used graphic design to mobilize activists around the Black Panthers. This spring, the artist Dread Scott revived an NAACP banner from the ’20s as a symbol for the Black Lives Matter movement.

This is a long way of saying that a picture is worth 1,000 words. Garza and her collaborators have understood the importance of branding from the beginning, when they sought out designers who could give their nascent movement a visual voice.

Black Lives Matter originated in 2013 when a jury acquitted George Zimmerman of manslaughter after he shot and killed Trayvon Martin, an unarmed black teenager. Garza, an activist, wrote a Facebook post about the verdict with the phrase “Black people. I love you. I love us. Our lives matter.” Cullors riffed on the message to create the hashtag #BlackLivesMatter, and a slogan was born.

The creators of the nascent movement enlisted the Design Action Collective, an employee-owned Oakland-based creative studio that typically works with progressive nonprofits and social change organizations, to create its logo. At the time, the logo was simply for its Tumblr page….