2016 Elections: A round up of voter guides. Vote early!

With so many propositions on the California ballot — and so much at stake in this election — voter guides are helpful for condensing the complicated information, and providing us with informed, researched positions. Many coalitions and collaborations have formed to build collective power and mobilize the new majority to create policy change that benefits people, not corporations.

Here are the voter guides and websites that we’ve designed for the 2016 election: Bay Rising website and downloadable voter guides. Bay Rising is a new formation of Oakland Rising, SF Rising and Silicon Valley Rising, strengthening the voice and the impact of low-income communities and communities of color in the civic and public policy arenas throughout the Bay Area and statewide.

CA Calls Action Fund’s Million Voters Project is an alliance of 6 state-based networks which are mobilizing up to 1 million voters to the polls. Get the voter guide.

Join the Millions at We Are California 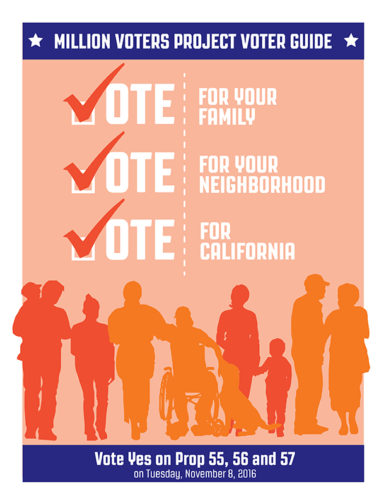 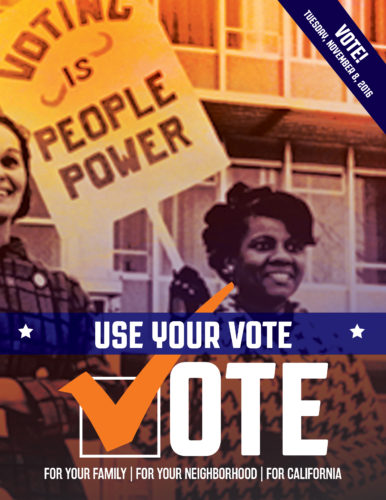 National Center for Youth Law co-wrote Prop 57 to ensure that only judges can decide whether teens should face adult prosecution. Judges consider a teen’s mental health, trauma history, and ability to rehabilitate when deciding if adult prosecution is appropriate. 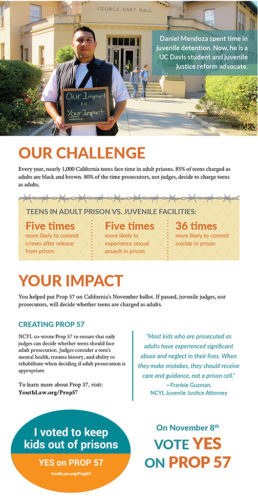 Oakland voters can establish strong, and lasting, tenant protections that will not be at the mercy of future City Councils. 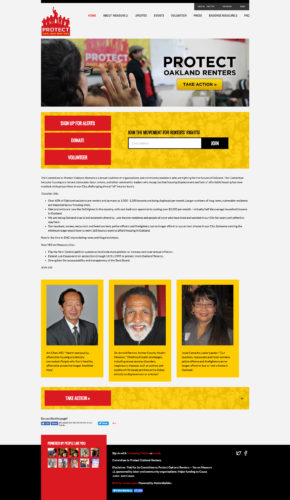 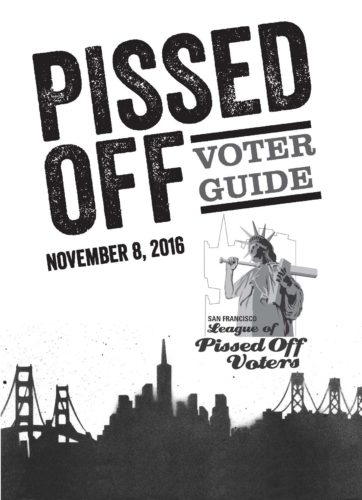 Until We are All Free Racial Justice toolkit

Not a voter guide, but a collaboration of Mobilize the Immigrant Vote with CultureStrike and Black Alliance for Just Immigration, responding to the call from Black leaders for immigrant and refugee rights advocates to boldly address racial justice and show up for Black lives: 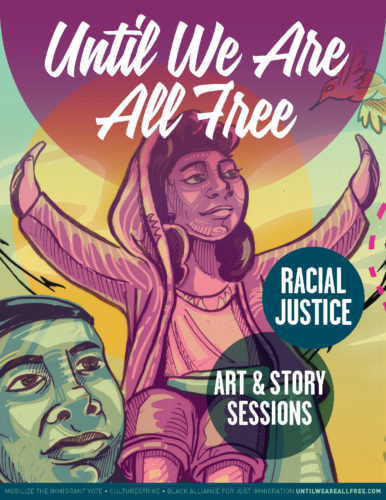